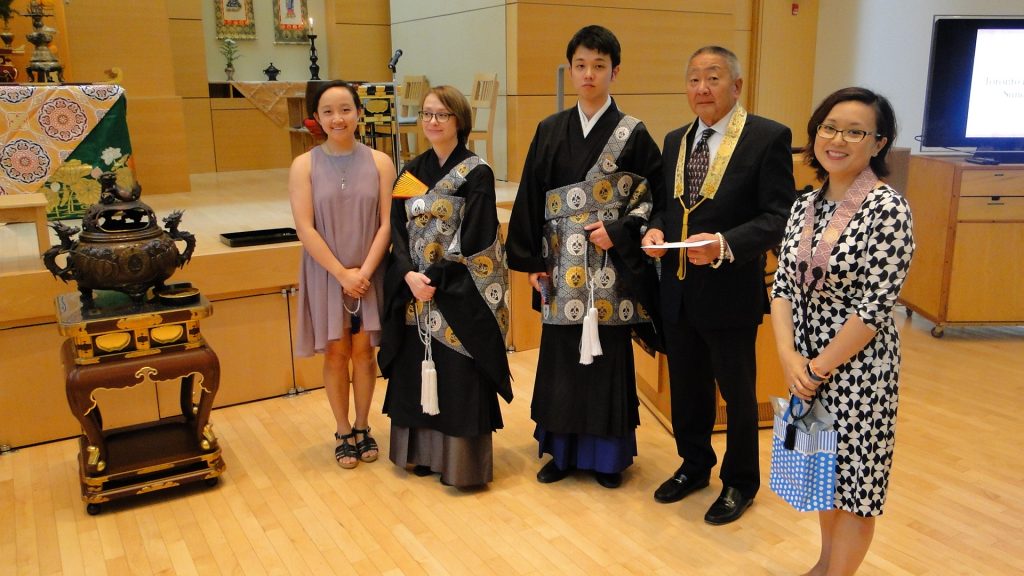 Congratulations to Mika Tamaki for being the 2016 TBC Dana Scholarship Recipient!

Mika is the daughter of Michael and Naomi Tamaki and the granddaughter of Kimi and the late Fred Tsuji. Mika is a talented musician and performer. She often plays her guitar version of Nembutsu II during Shotsuki services and dances with her school dance troupe and the TBC Buyo Odori Group. Mika has attended Camp Lumbini as a camper or counsellor since 2010. As an active member of the TBC Youth Group, she volunteers with Kid’s Sangha, the Bazaar and Mochitsuki. She has also led the chanting at service and has given a Dharma talk during Sunday service. She will be attending Ryerson University in the fall.

Almost Time to Party!!!
It’s been almost 50 years since the first TBC Dana Scholarship awards were presented in 1967. Past and future recipients, watch for more information on this golden anniversary. 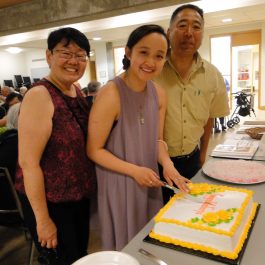