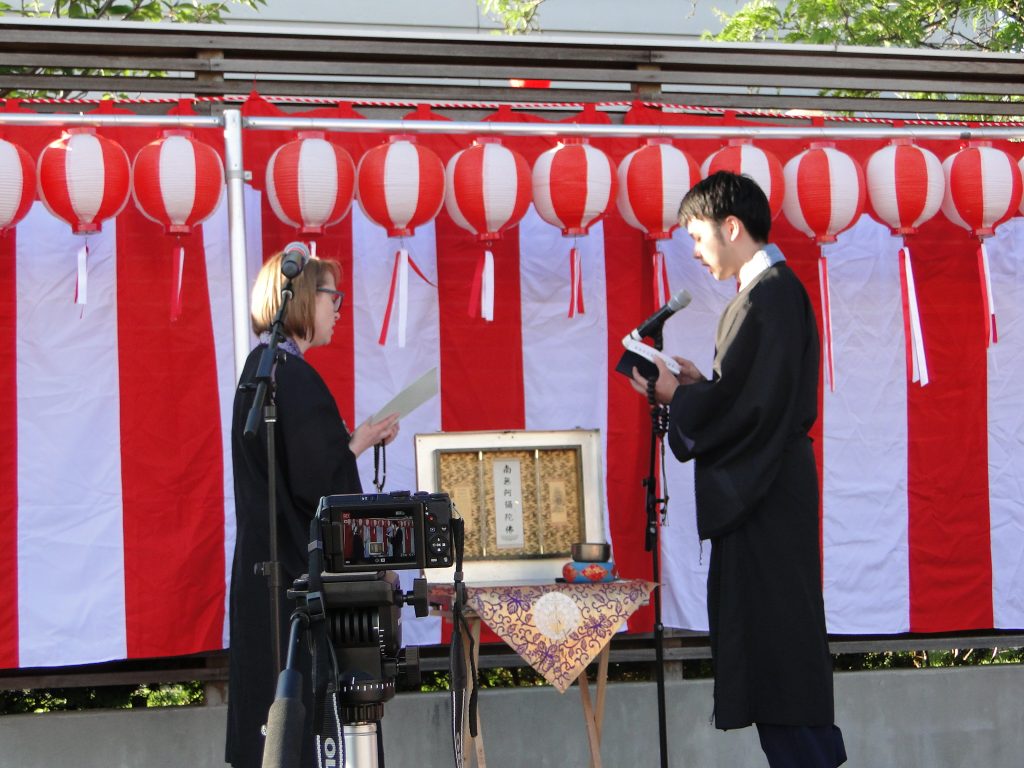 Saturday, July 8 was a beautiful night for this year’s Obon Odori. A large crowd had gathered at the JCCC to watch the dancers dressed in their colourful yukatas. Canada Ondo and Wonderful Canada were both performed to celebrate Canada 150. Canada Ondo was composed and recorded by Archie Nishihama for Canada’s centennial in 1967. A plaque was presented to his children by MC Kunio Suyama. Wonderful Canada was first danced during the Japanese Canadian centennial in 1977. The other songs and dances ranged from traditional to modern with many old favourites. The intermission performances by Ayame-kai, Sakura-kai, the TBC Buyo Group and Isshin Daiko were enjoyed by all. The crowd was eager to participate and had great fun with Tanko Bushi, Tokyo Ondo, Home Run Ondo and a new dance – Dancing Hero.

Many thanks to the JCCC, TBC and all the organizers. Kunio Suyama did a fantastic job as MC, as always. Reverends Ouchi and Yanko officiated the Obon service and later, Rev. Ouchi was the guest MC. The TBC Minyo Taiko Group and of course, all of the dancers deserve an extra special thank you for making Obon Odori a great tradition. 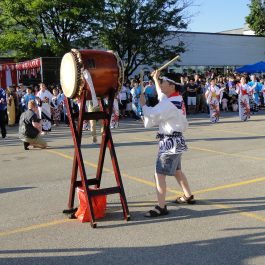 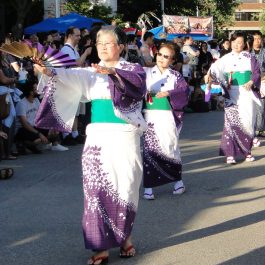 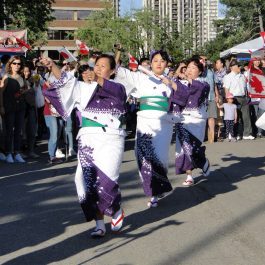 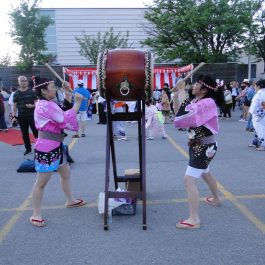 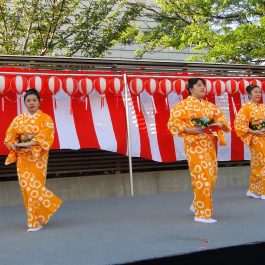 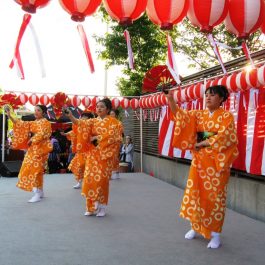 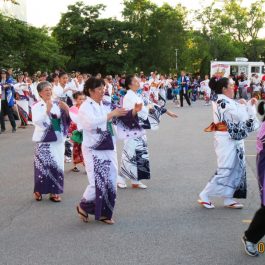 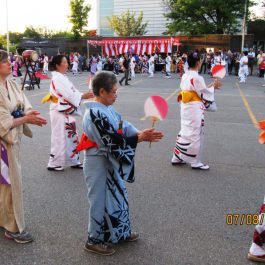 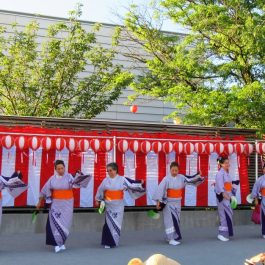