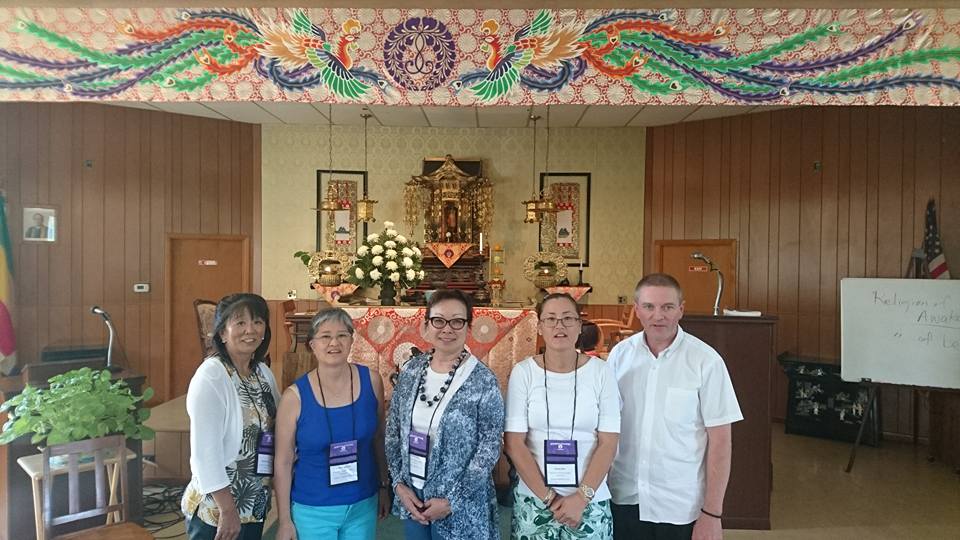 During the Labour Day weekend 2016, four members of the TBC, one member of Hamilton Buddhist Temple, along with Shin Buddhist Temple members from, Twin Cities, Cleveland, Ekoji Washington, New York, Chicago, and San Diego, as well as delegates from the Buddhist Church’s of America, attended the 2016 Eastern Buddhist League Conference at the Seabrook Buddhist temple located in Brighton, New Jersey.

The Eastern Buddhist League is an organization which encompasses most Shin Buddhist Temples on the Eastern side of both Canada and America.

This annual event is hosted by a different Temple every year and has been going strong for almost seventy years.

The conference involves special events such as speeches, workshops, tours events, special services and guest speakers. Additionally, it is a great opportunity to meet fellow Buddhists from other Temples and share experiences.

The theme of this years conference was ‘Come As you Are’.

Rev. Ken Tanaka, the keynote speaker, explained that ‘Come As You Are’ does not mean that you do only come with all your weaknesses, inevitable difficulties, suffering and issues. But, you may, through the practise of the Six Paramitas, come to the awareness of your limitations and interdependence. He explained the 7 steps ending in the realization of the goal of Nirvana or Enlightenment and returning to benefit others. This is more clearly explained in Rev. Tanaka’s book “ Oceans”.

A panel was also convened that included representatives from all participating cities. Susan Ebisuzaki represented the TBC. The panel discussed alternative paths to the ministry and Dharma centred thoughts into actions.

Also there was food, food food!  The event was topped off after three days with an outdoor BBQ under event tents on the large Rural beautiful property surrounding the Seabrook Buddhist Temple.

Being in the midst of a farming Community, the taste of freshly picked produce was indescribably deli- cious.

Thank you Seabrook Buddhist Temple, as well as all those who made this years conference possible.

The 2017 EBL conference will be hosted by the Mid West Buddhist Church of Chicago with Rev. Kurt Rye as the guest speaker. Hope to see you there 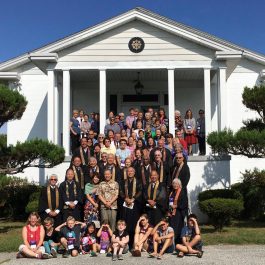