On July 10, 2016, Mississauga celebrated the 35th anniversary of the twinning of their city with Kariya, Japan. It was a hot, sunny day at Celebration Square but that didn’t deter the large crowds that attended. TBC’s Isshin Daiko delivered an energetic show while the TBC Buyo Group performed two numbers and joined in the minyo odori. It was the inaugural Japanese festival for Mississauga featuring food and beverage booths, entertainment and exhibits. 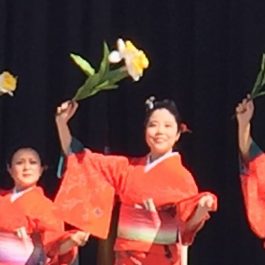