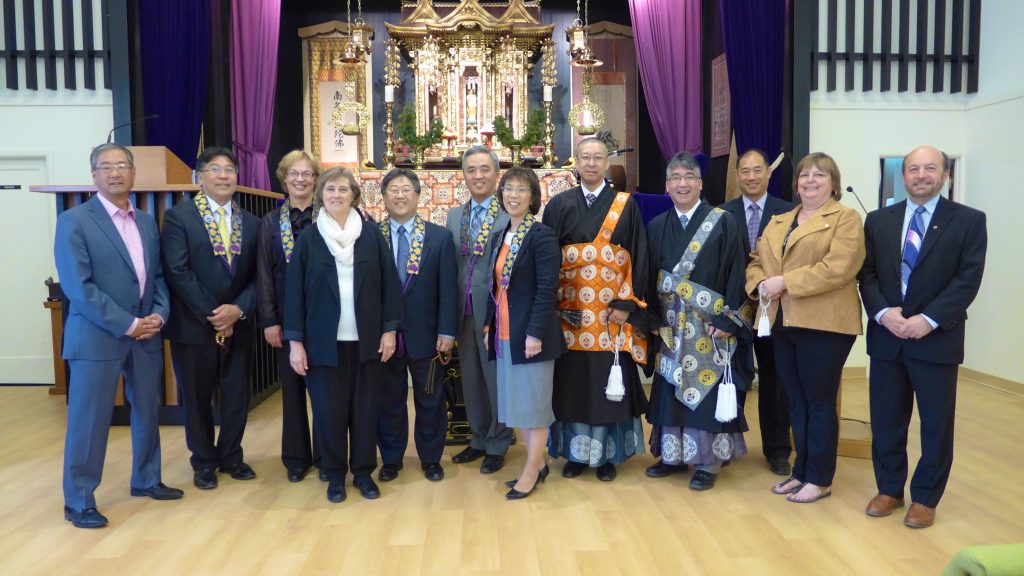 This year’s annual meeting was held in Winnipeg at the Manitoba Buddhist temple from April 22 to 24. For the many JSBTC delegates who arrived early Friday, an optional tour of the newly constructed Canadian Museum for Human Rights was available for everyone. Our new minister, Rev. Ouchi attended the ministerial meetings and attended his first national AGM.

The AGM began with the presentation of reports from temple representatives from all the temples across Canada. Some of the highlights of the meeting were :

Larry (VP) and Amy Wakisaka (LDC) continue on in their positions as executives for the JSBTC board Toronto confirmed hosting the next AGM April 19-23, 2017 and noted it will be the 35th Anniversary ofthe JSBTC Women’s Federation.
Calgary affirmed they would host the JSBTC AGM in 2018

On Saturday evening, a lovely dinner banquet was held at the Manitoba Japanese Cultural Centre in celebration of Manitoba Temple’s 70th Anniversary. Chef Lau Young and his helpers prepared a wonderful meal for everyone who attended. Later in the evening, special award recognition was given to 7 longtime, devoted members of the Manitoba Temple for their tireless efforts.

The Tsuito Hoyo service on Sunday had Dharma talks given by Socho Aoki in Japanese and Rev. Ikuta in English. We were all treated to a delicious potluck lunch prepared by the host temple members. We would like to extend our sincere gratitude to the Manitoba Buddhist Temple for their warm hospitality and hosting a very successful AGM.