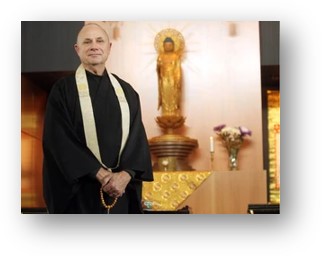 Join us on Zoom Sunday July 11th, 2021 at 11:00 am for our Obon Service We are pleased to announce that Rev. James Martin will be joining us via Zoom, to deliver a special Dharma talk for this occassion.

Obon is the time when we remember our ancestors and all those who have gone before us. It is a time for gratitude, remembrance and celebration.

All those registered for our regular Sunday Services will receive a Zoom invitation to the regular Obon Service. please email tbc@tbc.on.ca to be placed on the invitation list.

Sensei James Martin had been a resident minister at the Calgary Buddhist Temple from 2008 until 2019.

He grew up in Neepawa Manitoba, a small mostly Christian prairie community where he was raised within the United Church tradition. After moving to Calgary in 1979 he helped in the raising of two beautiful daughters and worked in the telecommunications industry.

His travels have taken him to many parts of the world but it was a trip to Thailand, Vietnam and Cambodia that introduced him to the Buddhist tradition. Buddhism made an immediate connection and upon returning to Canada he then began attending the Calgary Buddhist Temple, and soon was assisting in several temple activities until eventually becoming a board member.

With encouragement and support from Ikuta Sensei, he received Tokudo (ordination) training in Kyoto, Japan in October 2003. After two years of being a Minister Assistant in Calgary he attended the Institute of Buddhist Studies in Berkeley, California to further his studies of Jodo Shinshu Buddhism. In December 2007 he was granted Kai-Kyoshi (overseas teacher) status by the mother Temple, Honpa Hongwanji, Kyoto, Japan.