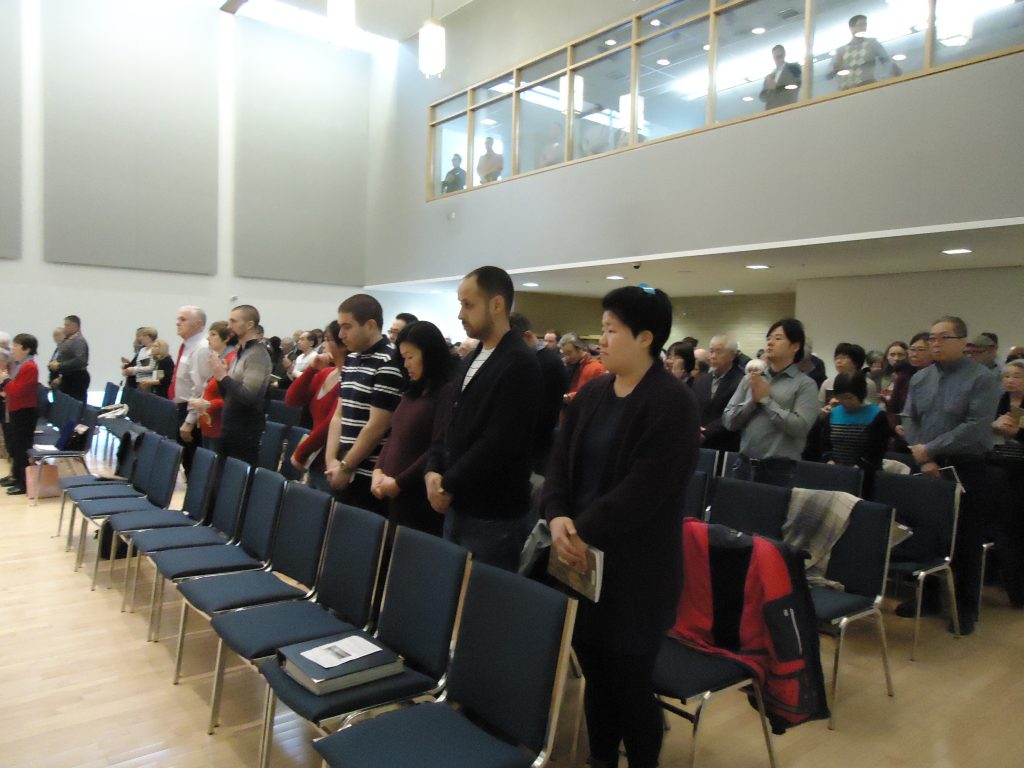 (Editor’s Note: The following is the text of our brief moment of silence and reflection as observed at our temple Shotsuki Monthly Memorial Service of Febuary 5, 2017)

Sadly, one week ago, we started to hear word of a shooting in Quebec City. The result so far: 6 dead and many more injured, some critically.

Our Ministers and leaders of your temple decided that we would like to show our respect to those who died, were injured or otherwise affected. What struck to the core was the fact that those killed or wounded were in a Mosque praying … just as we are gathered here today to remember our loved ones in this Monthly Me- morial Shotsuki Service … here in our own temple sanctuary.

The fact that people praying and meditating in their sanctuaries are not immune from tragedies like this made an impression. In fact, one of our Benedictions which we hear when we sing Nembutsu II reads in part:

“May the entire congregation sharing in this service cherish the highest aspirations, to attain enlightenment, and this without too much difficulty. May this temple keep on its peaceful life free from disturbances and the congregation grow not only in faith but in wisdom and bliss.”

Prophetic words and hopes. At this time, I would like to ask that if you are easily able to stand, that you now rise to silently reflect with respect on the loss of those six fellow persons and those who were wounded and affected by this tragedy as Rev. Christina and Rev. Yoshi light the six candles on our Naijin which will remain lit for the duration of our service today.

No longer with us are the following: Ibrahima Barry (age 39)